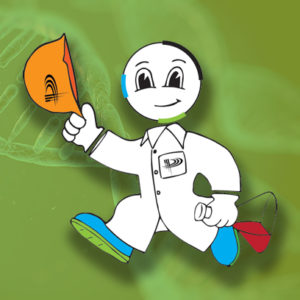 Puresyn, Inc. was incorporated in December 1992. The Company was founded on the basis of a polymer technology that could be utilized to separate and purify nucleic acids and other biological molecules. The technology was developed by John A. Thompson, Ph.D.

As recombinant DNA techniques were being developed and DNA sequencing evolved and was accepted, scientists were able to understand the molecular basis of diseases which translated into new diagnostic and therapeutic approaches. As a result, the bioseparations industry evolved because of the need to supply essential tools for the development and manufacture of biopharmaceuticals.

The bioseparations segment addresses the production of large quantities of a drug and therefore is driven by the need for separations media that is reliable, scaleable and economical. Dr. Thompson, attempting to purify nucleic acids which are the fundamental regulatory molecules of life and the foundation for many diagnostics and biopharmaceuticals, became frustrated with the inability to properly utilize classical protein purification/separation media. Therefore, he developed a polymer resin specifically to purify nucleic acids which was marketed to the research community. However, the market in the mid 80’s did not develop and Dr. Thompson decided to license the polymer technology. In 1993, Dr. Thompson licensed to Puresyn, on an exclusive worldwide basis and in perpetuity, any and all uses of the polymer technology. As a result, the Company was able to begin operations and develop the polymer technology. At this time, the polymer technology (resin) was named PolyFlo®.

Puresyn, Inc. has engaged in a committed effort to improve the processes by which gene transfer vectors are produced.  Emphasizing the need for high quality product with a process that is reproducible, scalable and compatible with cGMP principles, Puresyn was successful in obtaining $2.5 million in funding from the NIH through its SBIR program. Three Phase I/Phase II grants were awarded between 1999 and 2005. These funds were used to develop new advances in vector production for supercoiled plasmids, recombinant adenovirus and recombinant adeno-associated virus (AAV).  Through these grants, Puresyn established highly productive collaborations with a number of academic institutions such as the University of Pennsylvania School of Medicine.

The results of Puresyn’s development efforts have been published in peer-reviewed journals and have been presented at numerous national and international meetings.  More importantly, the results have been incorporated into our contract services, which provide the highest possible quality product with the highest possible service and support to the academic, government, biotech and pharmaceutical community.